Back in my day, toys were the rage of the holiday season. Everyone wanted the coolest, most popular toy, and stores had trouble keeping up supplies. From ‘Tickle Me Elmo’ to ‘Zhu Zhu Pets’ we’ve see our fair share of off-the-wall gifts of the year. Nowadays, the climate has shifted to technology. Kids and adults alike want the latest craze in technology whether it be wearables, tablets, or video games, nothing is out of bounds.

I’ve always touted an iPad or any other tablet as a second device to your computer. If you need a computer for certain things (e.g. word processing, graphics, A/V, etc.) a tablet cannot replace this and you will be unhappy with just an iPad at home. The tablet market is for when you don’t feel like being on your smartphone, but also don’t want to be on a full-fledged computer. Adding a physical keyboard to a tablet a la Microsoft Surface begins to blur the lines between tablet and laptop. To preface this so-called review I want to state that I received no compensation for this nor did Logitech provide me anything for free. I purchased this keyboard with my own, hard-earned, money. 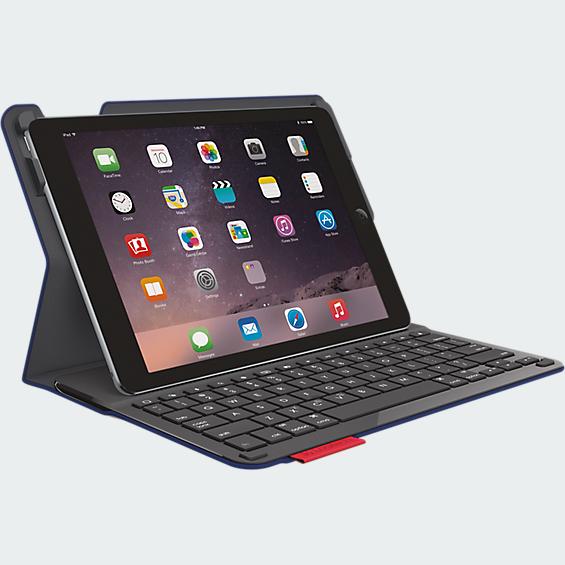 My current iPad is called the iPad Air 2 and it is my 5th iPad that I’ve owned to date. Starting with the original iPad shortly after it’s release I followed it up with an iPad 4 with lightning connector. I’ve also had the original iPad Air as well as the original iPad Mini. Being my 5th iPad, I’ve never used an external keyboard with it. In the early days they were really thick and became more of a hinderance than a helpful accessory.